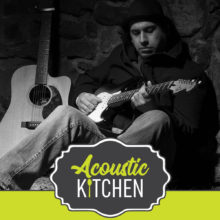 Friday, July 5th | 6-8 pm | Free
Grover began writing music at the age of seven and gravitated towards writing songs in his late teens. Taking to piano and guitar, he began crafting his own works during his university years in Philadelphia where he subsequently graduated with a Bachelor of Science in Psychology. Inspired by a wide range of artists from Michael Jackson to The Beatles to artists such as The Crash Test Dummies, John Mayer, and pop producer, Max Martin, there is a fluid mix among these colorful influences that uniquely construct Grover’s sound.