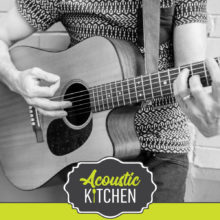 Though living in Philadelphia, PA, Adam Web‘s career began about 10,000 miles across the world in Australia. It was there, while studying abroad, that Adam began writing of his inspiring travels and experiences. The music that emerged was shaped with percussive guitar grooves, soulful vocals, and spiritually conscious sentiment. With his rootsy approach he has drawn comparisons to contemporary singer/songwriters as expressed by Julie Schreiber of the PA Music Scene when she writes “Combine the vocals, songwriting style and acoustic guitar technique of Jason Mraz, add in the vibes of Jack Johnson and Donavon Frankenreiter and then sprinkle it all with positive thinking and you’ve got yourself the perfect conditions for [ Adam’s album] “Pendulum.” This sound has made its way across the U.S. into over 100 college radio stations and two major TV networks, as his single “Standstill” was used in an episode of MTV’s “The Real World Las Vegas (2011)” and his song “Life is My Play” was used on Oxygen’s “The Bad Girls Club (2011).”  www.adamwebmusic.com